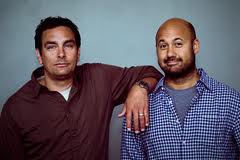 I have several posts half-finished, and this has been a week to catch up on everything else in my life. Rather than give a half-hearted polish to one of the topics I want to cover as best I can, I’m sharing a couple of videos from the Skit Guys. According to their website, their mission is “teaching God’s word using comedy, drama and whatever category talking action figures fit into for over twenty years.”

I came across The Sex Talk video through Sheila Gregoire‘s Marriage Daily Paper (which I highly recommend). This video is touted as a way to introduce the sex talk to kids and teens. However, I find that a Bible class of married couples can also turn into blushing junior high kids at the mention of “intercourse” (gasp!). If you want a growing, mature sexual relationship in marriage, you have to be able to address the subject like an adult. So here is the first video:

The second video I found from their website shows the connection between Sex as originally intended and Sin as it has corrupted sexuality in our world. I love the last two lines. See what you think of The Story of Sex:

So what did you think? Do you agree with their take? What ideas did these clever videos bring to mind?

One more thing: Sheila Gregoire recently finished her 29 Days to Great Sex series. Her book, The Good Girl’s Guide to Great Sex, releases soon and today she launches a contest in which you could win money towards a 1st or 2nd second honeymoon. Check it out at her website: To Love, Honor and Vacuum.