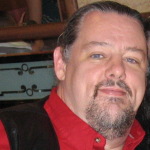 What a treat today! One of my favorite marriage bloggers, Paul Byerly of The Generous Husband and The Marriage Bed, is joining us to send his message to us wives from the hubbies.

Most men have figured out that “If you loved me you would” is not a good way to talk their wife into sex, and because of this, they do not say it. However, most men do feel this way. Before you get upset, let me try to explain.

Odds are your husband only wants to have sex with you. I know that is not true for all men, but it is far more common than most women think. He loves you, he chose you to be his wife, and when he did that he understood he was saying yes to you sexually and no to every other woman in the world. He willingly made that choice because you were the woman he most wanted to be with sexually. You were the one pearl of great value for which he gladly gave up all others!

Ladies, what speaks love to you? What does he do that makes you feel he loves you? (Or, what does he not do that would speak love to you if he did it?) Now imagine that you knew from experience that if you ask for that thing, you will get it less than half the time — how would you feel?

If this is true of your husband, why does he talk about his needs, and focus on the physical aspects of sex, rather than telling you that sex makes him feel loved? Most men are more aware of their bodies than their “feelings” and far more comfortable talking about their bodies than their feelings. He may not fully understand why being told no makes him feel so bad, and even if he does he may not feel comfortable expressing that, or may not know how to express it. Basically, falling back on the physical is easier and more natural for him.

Am I saying any no hurts? Not unless he is totally selfish. The problem comes when he hears no more often than yes. When no is the most common answer, why you say no eventually stops mattering. Even though some or all of the reasons are very understandable, when they are part of a general pattern he stops hearing much past “no.” I suspect you are much the same — if he repeatedly says no to something, do you really think about the reason(s) he gives? After a while, don’t you assume he just does not care about you enough to say yes to what you want?

If you say no to most of your husband’s requests for sex, you are telling him you do not really love him, or at least that you do not love him enough. That may not be what you want to tell him, but it is probably what he is hearing deep in his heart. Can you imagine what that does to a man? Can you imagine how he will change over time if it goes on? Maybe you can look back and see a gradual shift that is related to this very thing.

If things keep going as they are, will he “get over it”? If by “getting over it” you mean will he accept you are not going to change, then yes, he will. If you mean will he learn to feel  you love him despite saying no to sex most of the time, no, he will not. He will probably learn to change to avoid getting hurt as much, and that might look to you like he has “matured” or “accepted things.” Do not be fooled — learning to live with something that is painful does not mean it no longer hurts.

Have I a put a heavy burden on you here? Have I made you feel horrible? I do not desire to do either of those — my goal is to help you understand that your husband does have feelings, and that you can hurt him deeply. Often saying no to sex will hurt him, and that pain is not because he is selfish or sexually greedy; it hurts because it makes him feel he does not matter to you.

Paul, and his bride of 28 year Lori, have been writing and teaching about Godly sex and marriage since 1997. They live in Eastern Washington and love SciFi, TexMex and the beach — two of which are not to be found near home.