Every now and then, I head to a popular news website and see what’s on their page about sexuality. Here are the headlines from Huffington Post’s page:

I Didn’t Know My Husband Was Gay Until After We Married
Cheating Can ‘Save a Marriage’
Why Gays Are Better at Sex
The Hook Up Culture Bogeyman
Is Undetectable HIV Stigmatizing Gay Sex?
Carolina Infant’s Mistaken Sex Assignment Surgery More Than a Case of Malpractice
What’s The Best Way To Come Out As Bisexual At Work?
‘Mom, What’s Gay?’
How’s Your Sex Life?
Porn Entrepreneur: ‘I Believe You Can Change The World Through Sex’
Brooklyn, Love And Wedding Sex
Sexual Equality? A Long Way Off — An Anthropologist’s Perspective
The Case For Casual Sex
Brothel Owner Blasts LinkedIn’s Prostitute Ban
5 Reasons Every Couple Should Have Sex Before Marriage

There’s plenty more. I was halfway down the page before I finally got to Why I’m Glad I Waited For Marriage To Have Sex. I didn’t watch the video, but the title spoke toward God’s design for sexuality.

I’d like to say that this is an anomaly — that Huffington Post is a particularly crass news site, or that I just happened upon it on an off-day. However, when I see sexuality discussed in secular sources these days, I’d say that 90% of it doesn’t align with God’s design for physical intimacy.

So what does this mean? 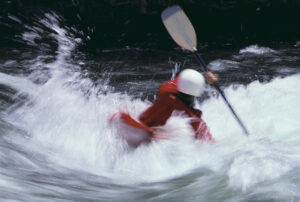 It means we’re rowing against the tide, people.

In the world of people drenched in what the secular culture says about sex, you might as well be Big Foot: They’ve heard about you, but they didn’t know you were real.

A bit. But I’m trying to get the point across that if you feel like you’re in a small group on a small boat rowing against the tide, it’s because you are.

The secret, though, is that our little boat is having the best time.

You see, the world talks a good game about sex, and I won’t deny that they do have some awesome physical highs. But we’ve got the deep, meaningful stuff that God designed as part of true sexual intimacy. We’ve got the physical expression of covenant love. We’ve got the representation of God’s love for His people as we join into one flesh.

I know that’s not what many Christians are currently experiencing in their marriage . . . and that breaks my heart. That’s a big reason I’m here blogging about Christian sexuality.

But don’t think that the world has better answers. It doesn’t.

Dive deeper into God’s word, pray for His wisdom, reach out in love to your spouse. Don’t stop rowing against the tide. Just grab a bigger oar.

Also check out Journey to Surrender’s excellent post on Reclaiming the Marriage Culture.