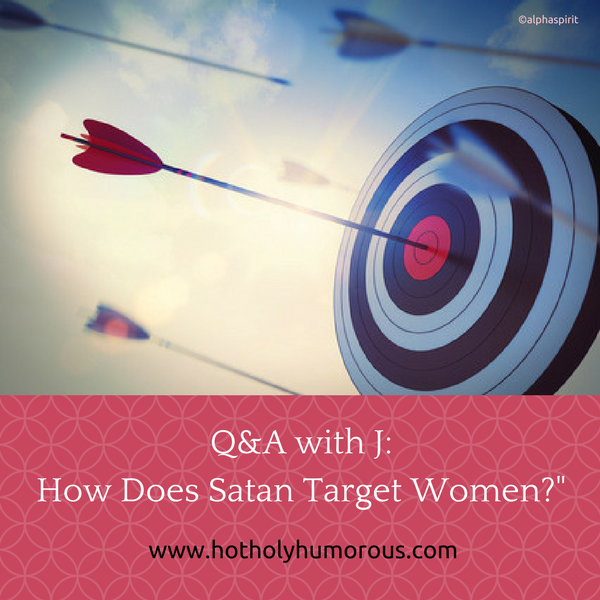 I could give you a long list of ways I believe Satan tries to sink his crafty claws into the hearts of women. But the focus of what I do on this blog, and the context of this commenter’s question, is in the area of sexuality.

So the question really is: How does Satan target women regarding sexuality?

Get ready, ladies, I’m going to give you to you straight. 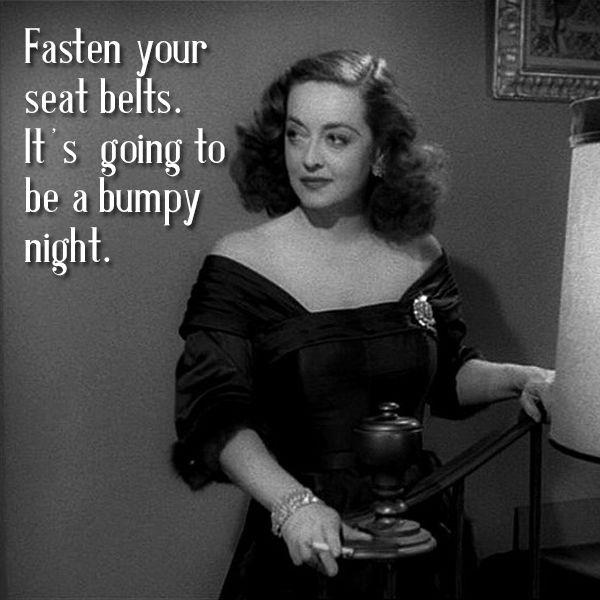 I mulled over several options. Are we ladies targets in the area of erotica? Yes, to some extent. Gate-keeping and sexual refusal? Yes, for some women. Immodesty? Yes, we can have that problem. Emotional affairs? Yes, some women are easily drawn in.

But those don’t apply to women largely. They are struggles wives definitely have, but not with so much frequency and generality that I can confidently say, “This is where Satan has our number.”

Rather, as I thought about the wives I’ve heard from who are harming their marriage bed, and as I delved deeper into the Word of God for the biblical answer, here’s where I concluded women on the whole have a big sin problem: We’re naggers. Complainers. Whiners.

Just look at what Proverbs says:

Truth is, we ladies are wired to notice when things aren’t how we think they should be and then to speak up about it. That’s not a problem in and of itself, but we can put this inclination on overdrive. We can easily become nagging wives. Even, and sometimes especially, in the area of sexuality.

Or maybe the tables are turned, and she‘s the one with the higher drive. So the complaints become about him not satisfying her needs, not being like other men, not being manly (what a dig to a guy already struggling with low libido).

Many wives complain when sex isn’t done her way: the timing she wants, the atmosphere she wants, the initiation she wants, the activities she wants, etc. Such that sex itself becomes an area in marriage where he’s walking on eggshells, and you’re judging his performance like the Simon Cowell of sexual intimacy.

Some of you are now saying, “But I’m not a big complainer.” You’ve still likely had your moments. I certainly have.

Even the sex-positive wife in Song of Songs had a short fit of complaining when she was sound asleep and her husband arrived home wanting to make love:

I slept, but my heart was awake.
Listen! my beloved is knocking.
“Open to me, my sister, my love,
my dove, my perfect one;
for my head is wet with dew,
my locks with the drops of the night.”
I had put off my garment;
how could I put it on again?
I had bathed my feet;
how could I soil them? (5:2-3).

I can just hear the whine in her voice as she says, more or less, “Seriously? I just took off my robe, and you want me to put it back on and open the door for you? You want me to get my feet dirty to let you into my bed? I want to sleep, not have sex. Can’t this wait until morning?”

And it’s not just about sex itself. In various areas of our marriage — household, parenting, finances, relationship, religion, you name it — we think we know what’s what and then let our husbands know with disrespectful words, critical tones, and grumbling attitudes.

And our quills-out approach might be the very thing killing our sexual intimacy. Because, frankly, who wants to make love to a porcupine? 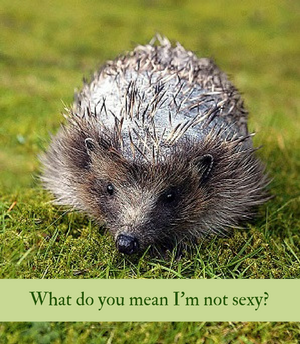 It’s a battle we have to fight, because it includes our physical makeup. Even from young ages, females express emotion more than males, although some of that is certainly social conditioning. However, in research studies, women consistently report experiencing negative emotions, such as fear and anxiety, more than men.

So we’re more emotionally expressive and more anxious. Now add in our biology of the hormonal highs and lows that come with menstruation, pregnancy, and eventually menopause, and you have a recipe for a Big Nag Sandwich.

Don’t get me wrong: I’m not saying that we women don’t have legitimate concerns. I absolutely hate when you bring up a reasonable issue to some guy and he asks, “Is this ’cause you’re ‘on the rag’?” You want to reply, “No, it’s because you’re a jerk!” But at same time, let’s fess up and admit that our hormones can increase our intensity.

“The wise woman builds her house, but with her own hands the foolish one tears hers down” (Proverbs 14:1).

By contrast, Proverbs 31 describes the role model wife this way:

“Strength and dignity are her clothing,
and she laughs at the time to come.
She opens her mouth with wisdom,
and the teaching of kindness is on her tongue” (31:25-26).

Yeah, that woman is not a complainer.

Today’s question included this: “And what do women do regularly that Christians call out frequently as sin?” I have to admit that we don’t call this out often enough.

It’s certainly in the New Testament as well:

This clearly makes husband-bashing a problematic pastime. We gals might be surprised when our ladies’ circles get visited by the Destroying Angel.

I’m feeling uber-convicted right now myself, wondering where I’ve fallen short in my marriage. How have I made our sex life more difficult with my nagging attitudes? Have I nagged specifically about sex? Have I become prickly?

And have we ladies been letting each other get away with sin? I really hope there isn’t a chorus of men saying, “Here! Here!” in the comment section (though I promise to publish reasonably worded comments). Rather, I hope we women will own up and hold each other accountable.

What can we do to avoid being the nagging wife who makes her husband want to retreat to the corner of the roof? How can we change so that our husbands are instead drawn to us into our marriage bed?