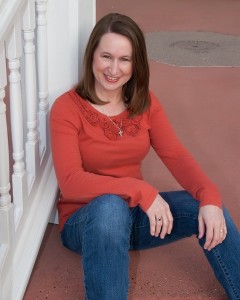 I’m a married Christian wife who writes about sex.

If you have a little more time:

J. Parker has been blogging about marriage and sexual intimacy since 2010 and has written three books: Hot, Holy, and Humorous: Sex in Marriage by God’s Design; Intimacy Revealed: 52 Devotions to Enhance Sex in Marriage; and Behind Closed Doors: Five Marriage Stories.

I’ve been married for 23 years, have two teenage sons, and live in Friendswood, Texas — a bedroom community between Houston and Galveston. I hold a bachelor’s degree in history and a master’s degree in counseling. My mission to encourage Sex & Marriage by God’s Design was inspired by my personal story and God’s beautiful nudging.

I’m so glad you’re here! Many blessings to you and your marriage.

If you want the whole enchilada:

J. Parker has been blogging about marriage and sexual intimacy since 2010 and has written three books: Hot, Holy, and Humorous: Sex in Marriage by God’s Design; Intimacy Revealed: 52 Devotions to Enhance Sex in Marriage; and Behind Closed Doors: Five Marriage Stories.

I’m a preacher’s daughter who grew up in the beautiful oceanside town of Corpus Christi, Texas. While I learned about sex while growing up, I didn’t learn enough about true intimacy. For that reason and several others, I royally messed up. But . . .

Seeds of faith and trust in God had been planted deep, and when life got super-messy, I dug down, found His redemption and call to better things, and discovered the Real Thang (aka God’s plan for sexual intimacy in marriage).

In between, I attended Abilene Christian University in Abilene, Texas, getting a bachelor’s degree in history, with an emphasis on church history. I worked for a while as a legal assistant before returning to school to earn a master’s degree in counseling. Somewhere in there, I got married. Then, instead of getting licensed and counseling people, I ended up in children’s ministry — a challenging and fulfilling calling indeed!

When that season ended, I decided to pursue a lifelong dream to write novels. But God kept poking me in the brain, the heart, the soul (pretty much wherever He could jab a divine finger) and encouraging me to do something with my personal testimony. That is, I needed to share what I had learned about sexual intimacy in marriage.

So I started a little blog, called it Hot, Holy & Humorous, and expected a few people to wander by now and then in hopes of finding something helpful for their marriage. Ah, the old Yiddish proverb could not be more true: “We make plans, and God laughs.”

These days, I’m thrilled to have readers from all over the globe, in numbers I can’t quite believe on some days, and connections to wonderful friends and couples that give me hope for our world and a passion to continue the mission of encouraging Sex & Marriage by God’s Design. I’ve been married now for 23 years to a fabulous husband, whom I affectionately nicknamed “Spock,” and have two teenage sons who are proud of what Mom does and never want to read a word of it. We live in Friendswood, Texas — a bedroom community between Houston and Galveston.

Thank you for joining me on this journey. To God be all glory, and many blessings to you and your marriage!