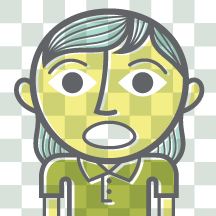 If I say the word “ejaculation” in reference to sex, the vast majority of you will think that it applies to the husband. However, many women have reported experiencing something like ejaculation themselves, where a “shot” of fluid comes out that is distinctly different from the vaginal lubrication that facilitates intercourse.

Is it real? Is there truly female ejaculation?

In books about sexuality that I’ve read in past decades, most doctors presumed that the ejaculate females had was actually a leaking of urine. Even when I read that sometime ago, I thought, “How stupid do these male doctors think we are? Surely we gals know the difference between vaginal flow and pee, right?” But then I began to doubt myself and take their word for it instead.

It take it back. I was right in the first place!

More research indicates that some women do indeed “ejaculate.” That is, they experience a flow of fluid that can be anywhere from a teaspoon to a half-cupful. In fact, some women report that their bodies squirt fluid out more forcefully and generously than that. It appears that the burst of lubricant occurs when that elusive G-spot is tangled with.

Now I’m not a huge fan of sitting around trying to find your G-spot. I’ve known too many women and couples obsessed with finding this place like it’s the Buried Treasure of Orgasms. You can become frustrated and unsatisfied with your current, rather wonderful sex life if you go on a hunt for something you may or may not find right away. However, I do believe that the G-spot exists, that stimulating it can feel quite good, and that most couples can eventually find it by trying different positions. Some wives love their husband thrusting straight into that spot, and other wives find it too jolting. It’s up to the couple to decide.

Does ejaculate come out each time the G-spot is stimulated to climax? No. The information we have thus far is that female ejaculation is by no means a given. Some women are unlikely to ejaculate, others may gush quite often, and a large majority in between may experience this phenomenon a handful of times.

“Shejaculating” is not necessarily linked to climax anyway. Wives can orgasm many times and never spurt, and some wives may ejaculate at other times. Pleasurable stimulation to the area around the G-spot seems to be the key.

Some researchers have suggested that the fluid comes from the Skene’s glands, which rest on the anterior wall of the vagina. (Scientific diagram of female anatomy below to show where Skene’s glands are.) These glands are surrounded by tissue, including the portion of the clitoris that reaches up inside the vagina and swells with blood during sexual arousal. This is a reasonable suggestion given the glands’ proximity to the G-spot and connection with sexual stimulation. In addition, the size of the glands vary from woman to woman, which could explain why some women are more likely to ejaculate than others. However, this theory has not been proved. We don’t know exactly where the fluid comes from.

What has been tested is the substance itself. Female ejaculate seems to have properties similar to male semen (minus the sperm, of course). PSA, an antigen manufactured in the prostate, and glucose, a form of sugar in the body, have shown up in the liquid. Those properties demonstrate that it is not urine.

Summary: What we seem to know now is that female ejaculation exists, that it is linked to the stimulation of the front wall of the vagina, and that it is unpredictable at best.

As you might imagine, this issue hasn’t been studied much because (1) research tends to go toward assisting sexual dysfunction rather than figuring out how to use your vagina like a hose; and (2) how do you research this? Would you participate in such a study?!! No, thanks.

Instead, most of what we know has come from self-report. If a wife says she ejaculates, I believe her. And she might want to keep a towel nearby.

To the hubbies out there, whether your wife “shejaculates” is not a reflection of your sexual prowess, the level of her pleasure, or her ability to orgasm. I suspect it’s a function of how big her Skene’s glands are.

Just keep plugging away (pun intended) and enjoy your marital intimacy. If a burst of liquid appears, so be it. Sex is pretty messy anyway, so what’s a little more fluid added to the event?