Quick announcement first: I dropped the ball weeks ago and forgot to announce two winners for Sheila Gregoire’s fabulous book, 31 Days to Great Sex. But the winners are Heather G. and Megan, and Sheila is sending their books. Congratulations, ladies! In the meantime, it’s not too late to get your copy for Valentine’s Day or just because. You can purchase the book for less than a Chick-fil-A meal ($4.99) through my affiliate link by clicking HERE.

I think this post is the second-to-last entry in my It’s Raining Men (hearing from the hubbies) series. Today’s entry is from Jay Dee of Sex within Marriage. I love his honesty about how hubbies feel, paired with his seeking God’s heart for sexuality in marriage.

When J first approached me about writing a post, I had just listened to a podcast called Sexy Marriage Radio, and they posed the following question: Would you be willing to give up half the frequency of sex to double the quality of sex?

I didn’t know the answer to that question for myself. I might be willing to try for a short term though. So, I came up with a plan.

I thought it was a solid plan. But, life has a way of setting our plans for us. Over Christmas break, my wife developed an awful cough which turned turned out to be a lung infection. Unfortunately, we didn’t figure that out until a month into it. So, all through the Christmas and New Years season, my wife has been fighting what seems like the worst cold she’s ever had. She couldn’t sleep because she was coughing too much, couldn’t breathe through her nose, wheezing, couldn’t catch her breath, and drinking enough lemon tea to keep a small company in the black.

To sum up: She was exhausted and felt awful.

So, by coincidence, phase 1 of my plan fell into place, but a little more harshly than I would have liked. Our frequency dropped to more like 1/4, or less, of normal instead of the 1/2 I planned/was prepared for, and Phase 2 probably isn’t going to happen for a while. So, while I was hoping to bring empirical data to bear for this question, I’m afraid I cannot. Even so, I have some thoughts, and some experiences to draw on that I’d like to share.

There was a time when I thought that I wanted multiple sexual encounters with my wife every day. That is what I was expecting going into marriage, and wow, was reality a wake-up-call! Those that have visited my blog or know me from The Marriage Bed forums may know that my marriage had a pretty rocky start with no shortage of blame on either side. But a few years ago we took a huge step, worked through a lot of issues, did a lot of communicating, and turned our marriage around. After that, it felt like a new marriage. We finally got the honeymoon phase we had missed when we got married. We actually had sex 9 out of every 10 days for a month. We changed the culture in our marriage for a time. Instead of wondering “are we going to have sex tonight,” we assumed we would. This was amazing for me, but exhausting for my wife whose sex drive still didn’t (and doesn’t) match mine. During our talks, my wife had made a promise that she would never say “no” again when it came to sex. In all honesty, I don’t think I believed her, and so I squeezed every chance I could get out of it, and she didn’t fight me. I think part of me was taking my fill while it was available (thinking it would run out), and part was testing her to see if she meant it. Neither was a very good response from me.

Eventually though, things slowed down. We went down to 4 out of every 5 nights. Why did it slow down? My wife still wasn’t saying no, though later she did tell me she couldn’t have kept that pace up much longer anyway, regardless of any promise she made. I believe it slowed down because sex was becoming, not empty, or cheap, but it was watering down slowly. Now, I’m not saying that a couple can’t have sex every night have amazing experiences and connect intimately with each other. I’m saying that for me, and I’d guess many others, there is a law of diminishing returns when you start pushing frequency to its extreme, in either direction. Let me explain:

If you have an extremely high frequency of sexual encounters (let’s say every day or more for example), for most people, sex will lose its “specialness.”  It won’t be “that thing I only do with my spouse and it helps us to reconnect,” it will be “that thing we do all the time.”

On the other side, if you have an extremely low frequency, let’s say a few times a year or less, sex turns from “that thing I only do with my spouse and it helps us to reconnect” into “that thing we’re supposed to be doing more often, but we don’t, because my spouse is selfish.”

However, I think there are some near universal constants.

On the high-frequency side: If you’re having so much sex that it is causing detriment to your life, your work, or your other relationships, it’s probably too frequent.

On the low-frequency side: As J has mentioned in a previous article, and I agree, a couple should get together (except in extreme circumstances) at least once a week.

She made a good case, and I suggest you read it if you haven’t already.

Done? OK. I wanted to add one point to it. The rabbis that lived during the New Testament and prior to that were of the mindset that a minimum frequency was once a week. Now, since Paul was a Pharisee, and a Rabbi, he would have had the same thoughts on this topic. So when he wrote his first letter to the Corinthians and the famous passage every Christian marriage blogger knows:

“Do not deprive each other except by mutual consent and for a time, so that you may devote yourselves to prayer. Then come together again so that Satan will not tempt you because of your lack of self-control.” – 1 Corinthians 7:5

In Paul’s mind, he would assume that his audience would be aware that a week was long enough to go without reconnecting in this way.

So, keeping that all in mind, what’s my answer?

Would I be willing to give up frequency for quality of sex?

Honestly, for myself, no. Why? Because, if I may be so bold: our quality is pretty outstanding from my experience. Is there a difference when we have it less frequently? Yes, unquestionably: Orgasms are stronger, and they happen sooner. But that’s not worth the trade off. I mean, the orgasm is such a small (albeit dramatic) part of the whole experience, and why would I want to shorten sex by that much, I like the buildup, I like the time spent working each other up, and personally, I like longer sessions.

But, if my wife came to me and said “you know, I think I might enjoy sex more if we had it less often,” then, without much delay or disappointment, I’d start discussing what the new frequency would look like, and we’d find something that works for both of us, because this is a marriage. My needs and wants aren’t the only ones that matter, and ultimately, if she is more fulfilled sexually, then I am as well, because I feed off her pleasure, it is what drives me, what really gets me off.

Now, I’ve spent a lot of time reading about sex, writing about sex, and talking to people about sex, and the only thing I can guarantee is that you never find an issue that everyone agrees on. Some people will disagree with me adamantly, some will say that’s exactly how they feel, and if you are a wife reading this, I cannot tell you how your husband will answer. I can only hope I’ve brought up some points that will start a discussion with your spouse, because his answer is the only one you need to concern yourself with. God bless, and have fun figuring out your answer.

This is definitely a good post to start a discussion in your marriage about quality and quantity of sex. Make sure it’s a discussion and not a demand-session, as Jay points out. I really appreciate his approach. 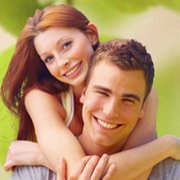 Jay is passionate about two topics above all others: theology and sexuality. His blog (www.SexWithinMarriage.com) seeks to explore the nature of sexuality from theological, scientific, and experiential viewpoints in order to help married couples understand their sexuality within the context of Christian marriage.